Something Fishy With Your Fish

Posted on February 2, 2014 by Heather Lounsbury 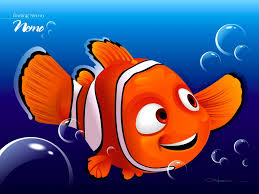 Fish. Most people think it’s the perfect food for getting your protein and essential fats. A majority of doctors recommend at least 2 servings a week. Eating seafood regularly healthy or completely safe is a myth. That you need to eat fish for optimal health is another myth. So what exactly am I talking about? Seafood is less than perfect because of toxic levels of mercury and radiation it can contain, along with high levels of cholesterol.

Almost all fish are contaminated with mercury as the result of our oceans and streams being polluted by industrial waste. Fish with the highest levels of contamination include: tuna (all types)*, swordfish *, sea bass *, oysters, marlin *, halibut, salmon *, pike, walleye, white croaker, largemouth bass, sea bass *, mackerel *, and shark *. Pregnant women have been advised for years to avoid canned tuna due to the mercury content and the potential effects on the fetus. Keep in mind that mercury exposure is considered toxic at any level, but children are most vulnerable due to their fast growth rates and low body mass.

(The above fish, which are asterisked, are not only dangerous to consume, but also endangered due to over fishing. Due to increased demand, the number of sea animals consumed per year is now 90 billion. Blue fin tuna population has dropped 96%. No wonder they’re on the verge of extinction.)

High concentrations of mercury can result in:

*Trembling hands, numbness in the hands and feet, & loss of muscle coordination

Fukushima was such a horrific tragedy in 2011 for the people of Japan and felt all over the world. Unfortunately, the after effects of this disaster will be with us for decades to come. Before unseen radiation amounts has leaked into the Pacific and is contaminating all creatures and plant life living in it. Obviously, the closer to the spill, the higher the levels of exposure and risk are. Fish living near Fukushima have been declared completely unsafe.

I’ve seen some blogs comparing the radiation levels in fish from the Pacific to natural occurring radiation found in a banana. It’s like comparing natural sugar found in fruit to artificial sweeteners. There are different types of radiation, some more dangerous and longer lasting than others. Also, it is well known that radiation exposure is cumulative. The University of South Carolina and University of Paris-Sud finished a study in 2012, which concluded that even low levels of exposure to radioactivity are hazardous to animals and humans. One of the reasons is it that our bodies are unable to flush out radiation, so there is a cumulative effect.

What about all the healthy fat found in fish? Yes, depending on the fish, it may contain high levels of omega 3s needed for healthy brain function and hormone levels. But many of them also contain high cholesterol. The American Heart Association recommends eating no more than 300mg of cholesterol per day. If you are high risk for heart disease, you should keep that number under 200mg daily. Just to give you an idea, a dinner containing shrimp will easily exceed 200 mg just from the shrimp alone.

Examples of cholesterol in fish

Fish are high in omega-3s because of the seaweed they eat. So why not get your healthy fats right from the source? Other great options for healthy fats include flax, chia, sesame, and hemp seeds, cauliflower, Brussels sprouts, spirulina, kale, acai berries, and walnuts. All of these foods are nutrient dense and some a packed with protein.

Hopefully, this has you thinking about changing some of your eating habits. If you’re nervous about all the fish you’ve eaten over the years, take a blood test for heavy metals. But you can change what you eat today. Have a kale salad topped with roasted cauliflower, and walnuts for a delicious, truly healthy promoting meal.