Almost all of my patients regularly drink coffee when they firs 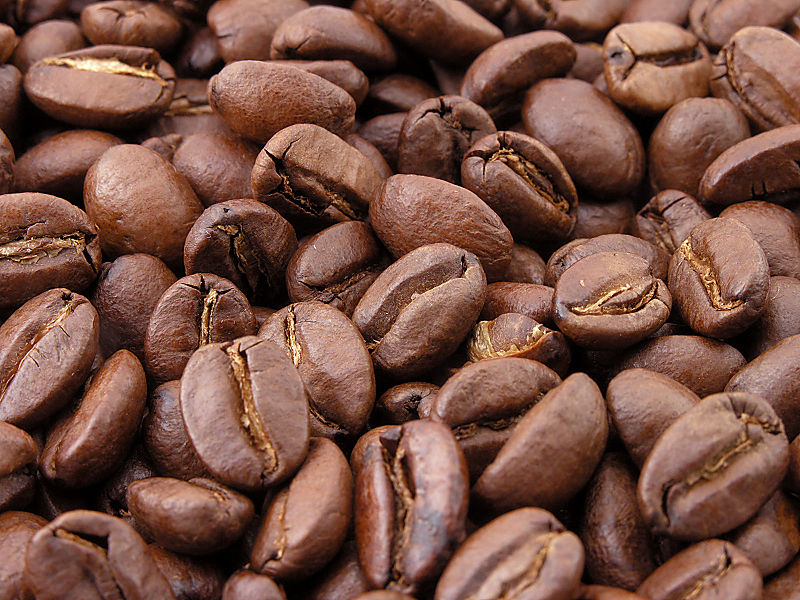 t come to see me. And you know what they hate to give up as much as sugar? That’s right, coffee.     If you’re a coffee drinker, you’re not going to like what you’re about to read. But this information is vital. Many think it’s good for you. At least decaf isn’t bad for you, right? Sorry! You want to know why I encourage them to give it up?          Keep reading!

Caffeine combines with the stomach’s hydrochloric acid to form a potent toxin, caffeine hydrochloride. When it’s absorbed, bile is released in an attempt to flush the toxin from your system. This accounts for increased bowel regularity, of which many coffee drinkers boast. If you only have a bowel movement after your morning coffee, most likely your body has become dependent on the laxative side effect.

Decaffeinated coffee is no better, because it contains a large concentration of the chemical Trichloroethylene. It is used mostly as a de-greasing agent in the metal industry and as a dry cleaning agent and is linked to liver cancer.

Because the liver is overworked to detoxify chemical residues in coffee, long-term coffee drinkers often have a toxic, congested liver and impure blood. The function of the liver is to filter the blood so it can nourish your cells. When the liver is congested, the blood doesn’t get filtered and it deposits impure blood into the cells. Then your cells can’t regenerate and grow healthy tissue, which can lead to degenerative diseases. A congested liver can manifest as dark spots/liver spots on the skin as people age.  Most people think those spots are a normal=healthy part of aging. Think again!

Coffee stimulates your adrenal glands to secrete adrenalin, which activate your fight or flight response. This stimulates insulin secretion and leads to secondary hypoglycemia, which result in a mild rise in blood pressure, 2-3 hours later a craving for sweets, low energy and mood, and overworking the adrenals.

Weight gain is another result of adrenal exhaustion. Cortisol (a stress hormone) is released when you drink any coffee. This triggers your body produce more fat. Many coffee drinkers have a hard time losing belly fat as a result.

Also- when your adrenal glands are stimulated too often, they eventually burn out.

This burn out will lead to your body searching for a replacement hormone -progesterone. Progesterone helps keep your body’s estrogen in balance. As your progesterone is used up compensating for your exhausted adrenals, you can become estrogen dominant, which eventually leads to osteoporosis.

Coffee also raises the acidity levels of your blood, causing calcium to be pulled from your bones and teeth to use as a buffering agent. The combination of estrogen dominance and high blood acidity puts you at an even greater risk for osteoporosis and kidney stones.

Most heavy coffee drinkers have a B-1 (Thiamine) deficiency with symptoms of fatigue, nervousness, aches and pains, and headaches. Drinking coffee and tea reduces iron absorption by 40 to 60%, thereby increasing the risk of anemia.

Regular coffee drinking prevents some nutrients from being absorbed in your small intestines, which leads to further vitamin and mineral deficiencies. The results- gray hair, a distended belly, constipation, spastic colon or irritable bowel, an enlarged gall bladder, and high cholesterol and triglycerides.

Some adverse effects of drinking coffee include: insomnia, tremors, anxiety, restlessness, irritability, headaches, temporary increase in the stiffening of arterial walls, elevated blood pressure and/or cholesterol levels, irregular heartbeats and palpitations, increased risk of a heart attack, PMS symptoms, increased risk of bladder and rectal cancer, and higher risk of the birth of a low-birth-weight child.

Because caffeine increases the production of stomach acid, high consumption over time can lead to peptic ulcers, erosive esophagitis and acid reflux/GERD.

Caffeine is a very strong diuretic (makes you pee). Most coffee drinkers are dehydrated, resulting in electrolyte imbalances, hypotension, kidney failure and confusion (even coma) due to decreased blood flow to organs and brain.

much better you’ll feel once you’ve quit. The initial withdrawal symptoms and crankiness will subside. If you’re worried about being tired at work, then slowly make the switch to green tea or kombucha (a healthier drink for energy). It will be worth it. I know the thought of giving up your morning coffee sounds almost impossible. The caffeine in the coffee belongs to the same alkaloid group as morphine, cocaine, and strychnine, making it really hard to give it up.  But think of how